I am going on the 4th week of distance learning.  And I want to rename it "distance surviving."
I am preparing week by week which is the complete opposite of what I normally do. I have each unit planned out in advance and just make adjustments here and there.  But not now.  This is so uncomfortable.
I have such a short amount of time each week to do so many different things. And even at this point, not all students have access to technology. (This is going to really throw a wrench into things. How do I deal with the first month of school when they were absent? Worry about it when I need to.)
I feel like I am riding a rollercoaster in the dark.  (I don't like rollercoasters nor do I like the dark.)

Last week started out rough after some feedback from kids sharing not having basic computer skills (organizing files in folders, taking screenshots, saving images in different formats, etc.).  So had to change plans quickly.  The first day was spent on how to create a folder, subfolder and use the "Snip & Sketch" tool. I had kids watch videos helping them learn at their own pace. (In retrospect, instead of giving them time, I should have just played the videos.) I gave kids time to start to take screenshots of all the past assignments just in case they needed help.  I went slow, paused, repeated, answered kids' questions.  I then had them start their "E-Portfolio."  All was going well. (Or so I thought.)
The second day was spent on what I needed to see in the portfolio.  I was specific, repeated, had kids repeat in the chat, took questions from the kids and again, thought all was going well. We then did break out rooms so that kids would be more comfortable talking and supporting each other.  I popped into as many rooms as I could.  I think I missed a couple in my 4th.  I have to remember to write down what rooms I have visited and need to visit. By 6th, I was getting tired, and I am sure that I missed several. Wednesdays and Fridays are where I have 3 classes (evens) and it's really draining on me.  Asked kids how it was going, most used their audio.  Tried to get them to screenshare, but lost that battle. Didn't think it was going as well as the 1st day, but not too bad.
And then started grading their 1st draft Saturday morning. And then continued to grade each class despite what I saw, or should I say what I didn't see. Then reality hit.
All was not going well.
Roughly half had only the 1st couple of slides done. And a handful had random stuff thrown in.  I am sure they thought that I wasn't going to look at it. Quite a few just put a small selection of screenshots out of the assignments we had done despite going over specifically what was needed.  I am so grateful for the feedback feature in Desmos as I used it a lot.
I graded it regardless and put it in the grade book. (Portfolio is worth 60% and practice stuff is 40%.) And their grades came tumbling down. I wasn't expecting the amount of students that didn't turn it in or did the bare minimum. I was expecting 20 to 25%, but not this many.  So was completely disheartened and disappointed.  I did my best to slowly acclimate them to coming back to school; maybe that was where I went wrong.
Sunday I started by setting up my Canvas some more, created the Deltamath assignments for all three of my preps and started calling whoever I could get through to.  I stopped at the 4th call.  It was going to take me several hours to get through to a fraction of those kids who didn't turn it in.  Time to revise my plan.
Instead, I texted the kids through Remind that they better be revising their portfolio right then and there and grades were updated.  That woke up some, not a lot.  Then a little more time passed and I have a feeling kids starting contacting each other and the barrage of emails and texts started coming through with questions of all sorts; many they already had answers too. Panic had set in - good. Taking this route was clearly more effective.
But then came the hard part, how do I proceed?

I was planning on doing some more community building and start teaching the standards this coming week. (A couple of my Tweeps shared some stuff that would have fit perfectly. That will need to get pushed to next week.)
If I continued on my original path of starting the unit, I doubt many kids would take the time to revise and get help on their own; which meant that this 1st grading period would end on a low note. And I would have a difficult time motivating kids to work hard to bring it up. I know my population of students.  I had to get them to start with success so they could build on it for the remainder of the school year.
At 12:10, most of my kids call it an end to the workday (not much different than the normal school year). So my plan is to release the kids who are at an A or B and keep the kids who are at a C or lower for both days. I don't know if this is good or bad.  But I don't know what effect anything I am doing will have, so what's to lose?
The kids who I release can work on a Desmos activity (yet to be determined) and the weekly Deltamath assignment asynchronously. I need to set up something where they will check in with me at the end of the period.  I think that will probably be the Desmos activity where I pace it for 2 days, or I can find 2 short ones to do. Again, yet to be determined.
I will do break out rooms but will bring them back frequently to check to see what is going on as well as visiting rooms.  I will have them chat with me privately what they did, just to keep them accountable when I bring them back. I have a feeling that too many kids are interpreting break out rooms as a break. I plan on bring them back at least twice during the 30 to 40 minutes. The other thing I am going to try that I learned from a webinar and another Tweep is to create an extra room. That way I can put kids in that room, go have a chat with them and then put them back. And if that doesn't work, on my naughty list and call home.
My plan is to give about 15 to 20 minutes to work on the "E-Portfolio" and the remaining time to work on the weekly Deltamath assignment. They will need to screenshare and use audio in order to remain in class.
I think 3 weeks was a good amount of time to get them to transition and adapt. At this point, if they wouldn't and/or couldn't, then I need to be more strict.
Teaching isn't all about roses.
at August 30, 2020

Back to Square One I have had many challenges in my teaching career, but nothing like I experienced over the last 9 months (as every single ... 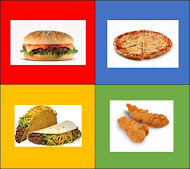